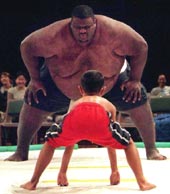 The December 21 issue of Vital Choices featured an article titled "The Calories We Quaff", in which we warned of the insidious, obesity-promoting impact of sweetened beverages such as Frappuccinos, fruit juices, and sodas.

The article focused on the fact that because sugary liquids do not produce a strong sense of satiety, it is easy to consume excess calories by drinking sweet beverages chronically.

But we also took some swipes at the presumed pro-diabetic effects of sugary diets.

Accordingly, we were intrigued by the results of two recent studies, which suggest that higher-calorie, obesity promoting:

Diets – rather than moderate-calorie diets that are high in sugar — pose the bigger threat in terms of promoting diabetes.

In fact, the results of these two studies echo those of similar studies published in 2004, which suggest that sugar-heavy diets containing only moderate amounts of calories may promote diabetes less than has been assumed.

However, some of these research findings suggest that moderately caloric diets high in sugar may promote heart disease.

Let’s take a closer look at the research in question.

Earlier this month, scientists from John Hopkins University collaborated with Finnish researchers to analyze data from an investigation called the Atherosclerosis Risk in Communities (ARIC) Study.

Their goal was to determine the effect, if any, on the risk of type-2 (adult-onset) diabetes of consuming various amounts of coffee and sweetened beverages.

The ARICS study was conducted between 1987 and 1999 among 12,204 middle-aged, non-diabetic men and women, and used food surveys to classify participants by their average daily intake of coffee and sweetened beverages.

At the end of the 12-year study, some participants reported having been diagnosed with diabetes, and the rest were given blood sugar tests to determine whether they’d developed diabetes.

When the joint Johns Hopkins/Finnish team analyzed data from the ARIC study, they found no link between consumption of sweetened beverages and the risk of developing diabetes (Paynter NP et al 2006).

As the researchers said, putting it mildly, "The lack of association between sweetened beverage consumption and type-2 diabetes risk is surprising."

They went on to note that this lack of association could be particular to middle-aged people: "Sweetened beverage consumption may be more important risk factor for younger or leaner people and should be studied further in that population."

As for coffee, the Johns Hopkins/Finnish team reported finding that men who drank four or more cups of coffee a day cut their risk of developing type-2 diabetes by more than 23 percent.

Women who drank four or more cups of coffee a day cut their risk by 11 percent: a risk reduction deemed statistically insignificant.

Some scientists point to coffee’s magnesium content, while many others give credit to coffee’s polyphenol antioxidants.

It appears unlikely that caffeine is responsible for coffee’s apparent anti-diabetes effects, since a study published in June (Pereira, MA et al 2006) found that drinking decaffeinated coffee reduced the risk of developing type-2 diabetes by more than 30 percent, versus a 20 percent reduction among drinkers of regular coffee.

The findings of the Johns Hopkins/Finnish team were echoed by the results of a study by researchers from Northern Ireland, who reported finding that high sugar intake does not directly affect insulin resistance and subsequent diabetes risk (Black RN et al 2006).

The only difference was that in one group, sucrose was used in place of starch:

As we noted above, levels of insulin resistance and insulin sensitivity – the two sides of one metabolic coin — are considered factors in a person’s degree of diabetes risk.

Yet, the researchers reported finding no significant difference between the groups with regard to most of several typical measure of diabetes risk:

Total and LDL cholesterol levels rose in both groups, but to similar extents.

Lead author Steven Hunter of Royal Victoria Hospital expressed his team’s surprise over the results: "Sugar has traditionally been linked to the development of diabetes. These findings challenge that thinking, and show that intakes of more than double that currently recommended [10 percent, in Britain] do not appear to have an adverse effect on markers of diabetes risk."

Dr. Hunter drew an obvious inference from his team’s results: "It is likely that other dietary factors such as excess calories and lifestyle factors such as physical inactivity and weight gain may be more important than carbohydrate type."

This study found little difference between the diets in terms of weight gain or in the above risk factors for diabetes, but did find that a low-glycemic diet reduced levels of total and LDL ("bad") cholesterol.

But the authors of a similar study — conducted in diabetics rather than in healthy people (Rizkalla SW et al 2004) — found that a low-glycemic diet improved their blood sugar control, and also reduced several key risk factors for cardiovascular disease: a result that further supports the value of low-glycemic diets.

In other words, the calories we quaff – or consume in solid form – seem to be more important than the form they take, at least in the short term.

We expect the outcomes of this trial would be different if it lasted a year or more. This is because diets in which sugars constitute a large percentage of calories will contain fewer nutrients and food factors with anti-diabetic effects, such as antioxidants, resistant starches, and fibers.

And while a high sugar intake may not by itself cause diabetes, it can certainly be a major contributing factor to weight gain and obesity: factors that clearly do promote diabetes.